Patan City of Gujarat State has many interesting tourist spots. These spots include monuments, religious shrines, museums and others. Patan City has many ruins that belong to ancient India and these places keep attracting people from all over the world to come here. Patan has many religious shrines belonging to the Jains and has many Hindu temples as well. 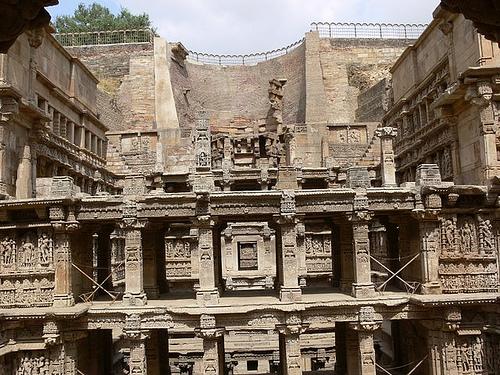 During festivals the Jain Temples and religious shrines are flocked with thousands of people belonging to the Jain religion.

Patan houses religious shrines of the Hindus as well as the Jains. It is considered as a city that is closely associated with the culture, religion and history of Jain Religion.

About 10 KM away from Patan, Kungher is a famous pilgrimage place for the Hindus where the temple of Chudel Mata is located. This temple is dedicated to the Goddess of devil and it is believed that the Goddess is the Adhishakti of Kalyuga and is worshipped as a burning flame which never stops burning.

The holy shrine of Devi Mata Amba is a popular pilgrimage place for all Hindus. This temple is considered as one of the Shakti Peeths located in India. Ambe Mata is an incarnation of Parvati,   the consort of Shiva. Ambe Mata is considered as the source female power. Ambaji Temple is visited by thousand of devotees from all over the world during the Festival of Navratri. On the full moon day of Kartika, Bhadra and Chaitra months, fairs are held near this temple. 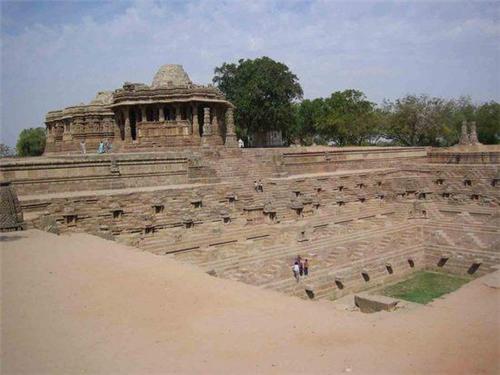 Patan City is an important pilgrimage center for the Hindus and the Jains. The city is visited by huge numbers of Jains as it has the famous Jain temple dedicated to Lord Parshwanath, 23rd Tirthankara of the Jains. The idol is about 120 cm in height and is white in color. The idol has been brought to Patan from Panchsara by the great king Vanraj Chavda. Apart from this main Jain Temple, there are more than 100 Jain temples located all over the Patan City.

When it comes to monuments Patan has one which is spectacular and at the same time is historically enriched.

One of the best architectural monuments of Gujarat, Rani ki Vav, is an excellently built step well that showcases subterranean architectural excellence. The Vav or Talav was constructed by the widowed queen Rani Udayamati who was married to Raja Bhimadeva I of Solanki Dynasty. The Pav or Talab was built in the memory of Raja Bhimadeva I. This step well has beautifully carved sidewalls, pillars and staircases. 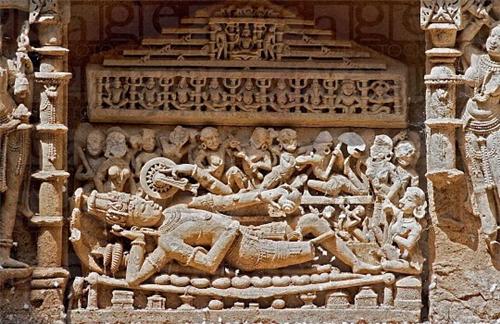 This monument is a link between classical step well structure and a kunda. The Vav has its entrance in the east and the well is located in the west.

Patan City houses many ponds and some of them have been built centuries back. Ponds or talavs of Patan are Anand Sarovar, Khan Sarovar and Sahasralinga Talav. During weekends or holidays, hundreds of local residents as well as visitors from nearby places come to these ponds and enjoy their time. Anand Sarovar is also known as Gundagi Talav.

Outside the Gate located in south of Patan City, Khan Sarovar is situated. It is a spectacular water tank which was built during the reign of Solanki Rulers. The tank has beautifully carved and designed steps made of stone and well designed walls. In 16th century AD, the tank was renovated by Mirza Aziz Kokah.

This is an artificial water tank constructed during the rule of Siddharaj Jaisingh during the period 1093 AD- 1143 AD. He was a great ruler of Chalukya Dynasty. The tank is located in the northwest region of Patan City. The tank is situated on the shores of River Saraswati and used to have a canal through which water of River Saraswati used to get deposited in the canal. 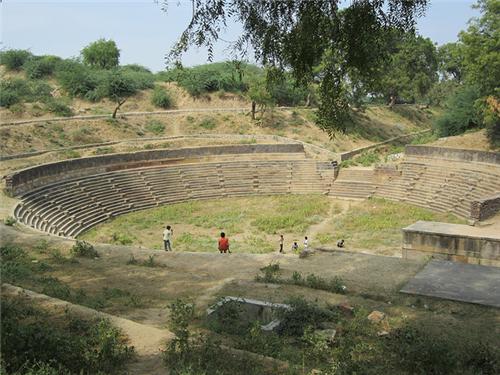 There are Patan houses a spectacular museum named Patan Museum. This museum was set up in 2010 and houses many sculptures made of marble stone and sand stone. The museum remains open from 10:00 AM to 1:30 PM and again from 2:30 PM to 6:00 PM. The museum remains closed on all Wednesdays and government holidays and also on 2nd and 4th Saturdays. The entry fee is Rs. 5/adult Indian, Rs. 50/ foreign resident and Re 1/ student. Rs. 100 is charged for photography and Rs. 500 is charged for using video cameras. Read More.........