Patan, a city of Gujarat State has reached to soaring heights when Sonalki Kings ruled there. After them, Patan was ruled by the Muslims and then the British took over the control of this ancient fortified town of Gujarat. Not only this, Patan was very much associated with Janism and the city has been mentioned in “Kumarpala Rasa”, a Jain text where it is mentioned that the city was a prosperous town with all sorts of fortification and was an important center of trade. 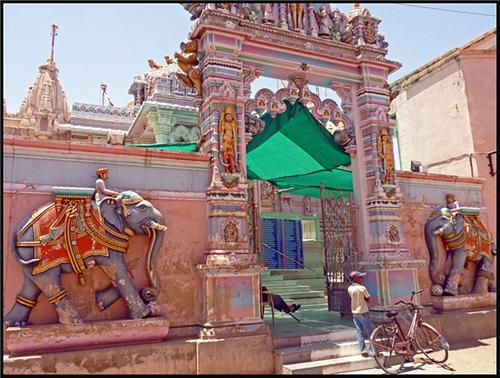 Patan has great religious significance and you will get many temples, mosques and Jain shrines in Patan. Read this article to know more about famous religious spots of Patan those attract numerous devotees throughout the year.

During the invasion of Muslim Rulers, the temple was destroyed badly.  Every year in the month of Chaitra (March/April) on full moon day, a fair is held at this center. A fair is also held on the full moon day of Kartik Month (October/November). In the month of December/January (Magha) on the 10th day of 2nd fortnight, fair is organized at Shankeswar Paraswanath.

Other Jain Temples in Patan

Apart from the famous Jain Tirtha, Shankeswara Parswanath Temple of Patan, the city also has more than hundred other Jain Temples. Panchasara Parshwanath Jain Derasar is one such Jain temple of Patan City and it is one of the largest of all. The temple has intricate carvings on stone walls and pillars and the floors are made with white marble. Stone carvings and use of white marble are common features of Jain Architecture. Another temple, Kapur Mahetano Pado is also worth visit. 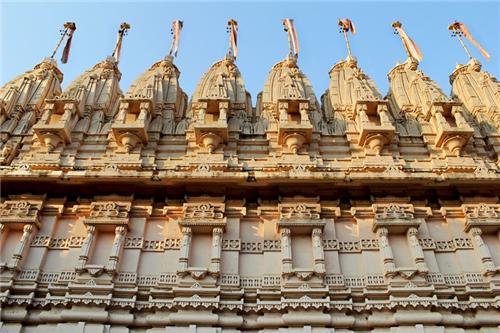 This temple is made of stone but the interiors are made of wood.  In the beginning all Jain temples were made with wood but once Uda Mehta, the master builder get to see a mouse with a burning candle held in its mouth and announced that it may be an indication of future destruction of the buildings. From that time, all Jain Temples have been constructed with stones. Many of these temples are more than a century old.

Located at Kungher, a place only 10 KM from Patan, this temple is dedicated to the goddess of devils. The goddess is worshiped as burning flame in this temple. For more than 250 years, devotees keep coming here especially on Tuesdays and Sundays to offer prayers to Chudel Mata. The foundation of this temple was laid by Raychandbahi Patel. 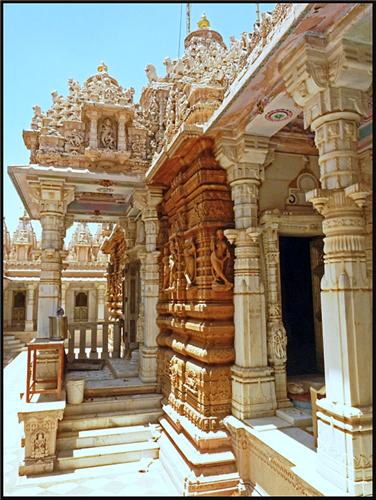 Ambeji Mata Temple of is considered as one of the Sahkti peethas of the Hindus. Ambeji Temple gets flocked by thousands of devotees during the Navratri Festival. The main deity of this temple is an incarnation of Devi Parvati. The unique feature of this temple is that it does not have any idol of Ma Ambeji but she is worshipped as a “Yantra” made up of marble stone.

Other Religious Shrines in Patan